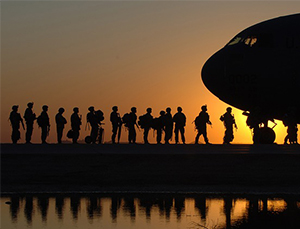 The United States Army not only hires and trains brave and able-bodied persons to become soldiers. It hires civilians, too, as support people in fields where it needs help. It uses the Army CPOL resume builder to hire both army and civilian workers. Before you use this resume builder to apply for a post, though, learn more about the civilian service first.

Since 1776, the US Army and the Department of Defense is the country’s oldest “recruiter.” Unlike army service personnel who work in risky conditions, civilian workers (known, too, as Army civilians) can work away from combat zones.

If you’re passionate, determined, and creative, then you can enter the Army civilian service and work anywhere in the world.

A website known as Civilian Personnel On-Line or CPOL offers basic info to people looking for civilian personnel jobs. If you’re intent, you can go to this link: (https://portal.chra.army.mil/hr_public?id=chra_pub). It’s a great source of data on various jobs and career prospects. It offers steps on how to apply for the posts, too.

The non-military jobs include, but not limited to, being a member of the medical corps, corps of engineers, or other civilian corps where you may qualify.

The CPOL resume builder is a program that lets applicants send their resumes to the Army’s Centralized Resumix System. It lets the hiring staff scan and review them with ease. Then again, it offers the following benefits:

The Army CPOL resume builder offers an employment page where job seekers can fill out a worksheet or send their resume on the website. Aside from using the latest software technology, the recruiter can find applicants with skills that match open job prospects.

Hence, if you need help in writing a civilian resume tailor-made to a job in the army, look for pro resume writers. Resume Prime offers expert writing services to change your skills and experience to a job-winning tool.